Our focus is the Future

Everyone who owns equity within America's Holding Company holds themselves to a high standard and accountable based upon the core values below.

You are not going to be rude or a jerk for no reason. We are always looking out for our fellow humans. This also means that you always operate as a team player with other team members within America's Holding Company Inc. whether you are part of the business directly or not. If there is a way to help them out, we do it. This is about teamwork and making sure the company overall is as profitable as possible.

Life is very short, and you should love what you do. We want you to prioritize enjoying work, what you do and who you do it with. Don’t take yourself too seriously.

Much harm comes from things left unsaid. To provide the level of service and care that we demand for our clients, you must be candid with yourself, your team mates, and your clients. Even if it hurts to say, it is your duty to say it. This will save everyone time and heartache in the long run.

We focus on believing what is said, then verifying the information. We believe that everyone is innocent until proven guilty, and let that dictate our interactions.

At the end of the day, it is our job to live with our consequences. You know whether something is right or wrong, and you know what you should do when it comes to taking care of a client or a team member. It is your responsibility to do what is right for everyone involved, which may not be what’s right for you or our company.

There is almost always a better way to get things done. Our business is built on getting results for our clients, not how much time it took to get those results. It is your responsibility to help the company continuously improve. This means that when you find a way to do something better, you share it with your peers and with the team.

As you can imagine, with having this many different owners we with our own agenda's, there needs to be a way to manage our relationships with each other.

It needs to be a simple process that can be executed without anyone else unless absolutely necessary.

That is why we have a CORE VALUE COMPLAINTS process.

This process is designed to reinforce our core values as a group and as a unit.

This process is designed to let you deal directly with the person you have an issue with, and it gives both of you leverage and risk if you decide not to negotiate and come to an agreement.

Once a CORE VALUE COMPLAINT has been filed with America's Holding Company Inc. It will be assigned to one or the other of the involved party.

This is what I wrote and gave to our legal team to write the legal agreements.

To file a complaint, you must fill out a complaint form and submit it to the person that you would like to document the complaint against

If they fix the issue with the filing person, no further action is needed

If they feel the issue is with the filing person, the personal defending the complaint states their side of the situation

Each Defendant must describe their side of the story, why they feel these core values were not violated, and what they would find as an acceptable solution for everyone to agree to

Once each party has shared their side of the story, both the filer and the defendant are responsible to get 4 other AHCI business owners to make a judgement call on who is at fault, and who the complaint should be filed against for a total of 8 people giving input on the matter.

Based on the 8 other owners feedback, the issue may be resolved between both the filer and the defendant without any official documentation taking place against either party

If no agreement is made after receiving feedback from the 8 other owners, the complaint form is sent to America's Holding Company Inc. Quality control team to make the final decision on who the complaint is filed against.

Until the complaint is submitted to AHCI, nothing will be on record with either party.

Once a complaint is submitted to AHCI, it will be associated with one of the parties involved.

This process is designed to let everyone deal with their issues together as a team without needing to involve America's Holding Company Inc.

Upon receiving 5 official complaints, this triggers a Core Value Reset.

You automatically agree to give up all your equity within America's Holding Company Inc. with no compensation.

You may still work within the ecosystem, you just have to start building your equity back up 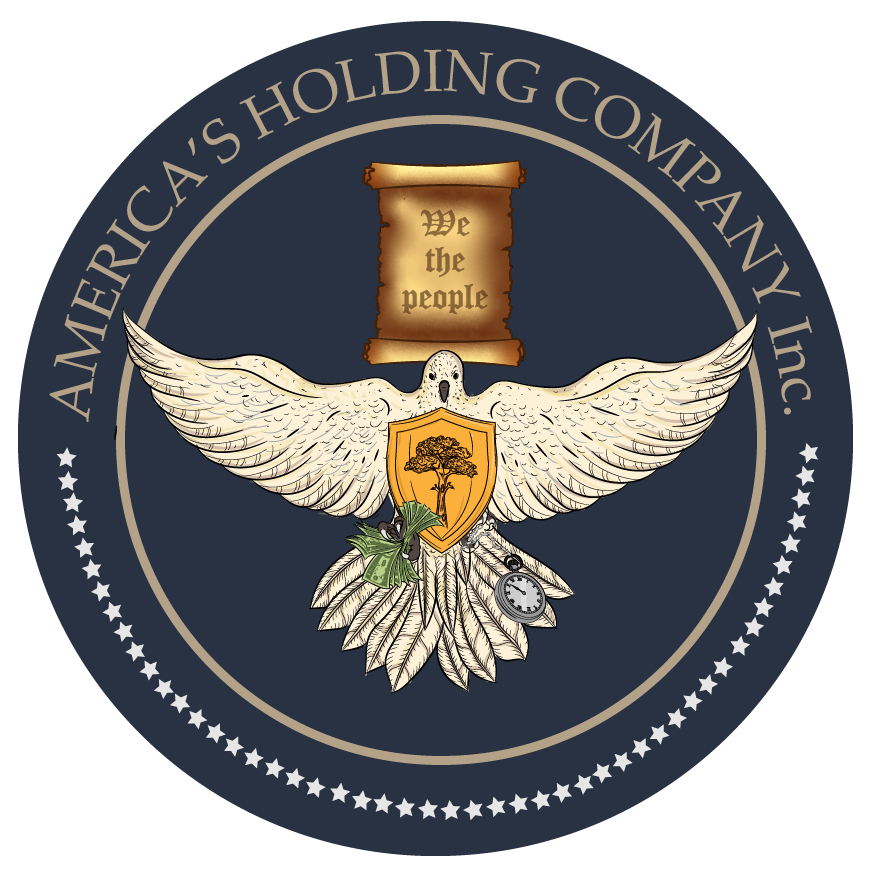